We, as members of the

Body of Christ, are called

be living examples of 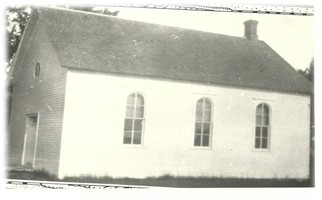 The Little Church in the Bush 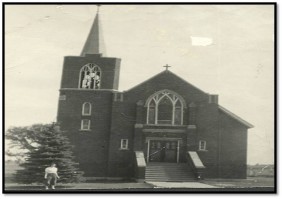 December 1877: Zion was born in the open country nestled among many farms southwest of Arlington, Minnesota and was the home of many German immigrants. Zion became a church when 25 people signed a constitution. The church was first called "The Evangelical Lutheran Zion's Congregation", and was built on land given by Mr. Eickschen. The church was a little white building that was called the "church in the bush".

1884: John Schumm was the first baby to be baptized and John Diehn and Louise Mielke were the first to be united in marriage.

1885: The first confirmation class was established and it was made up of four students.

1927: The new brick church was known as the "Eickschen's Church", and the baptismal font we still use today was the dedication gift.

1948: Services were conducted in both English and German on alternating Sunday's. An electric organ was given to the church by Henry Bergs in memory of Delores Bergs.

December 14, 1964: Zion voted to relocate to the town of Arlington. Land for the new church site, where it sits now, was purchased by Herman Trocke and Ernie Nieland from the Franzel family.

1965: Rev. Striepe painted three large oil paintings that were displayed in the Eickschen Church and when it was decided to move into town the church was buried along with the paintings since they were too large to fit in anyone's house.

May 1965: The night of the constitutional reading seven tornadoes passed through south of Glencoe, Hamburg, and on to the Twin Cities. There were no lights in church so the constitution was read by candlelight. It was planned to reuse the alter, pulpit, lectern, and stained glass windows but because of the golf-sized hail that damaged the windows it was decided to build all new furnishings. Because of this, padded pews were purchased that cost $100 each.

The property that was purchased in town needed a lot of work, and the weather didn't cooperate since there was a lot of snow and some flooding in spring, but construction finally started. In fall, the inside work began. Under Henry Menzel's direction the alter, pulpit, and lectern were made. The women helped install the carpet.

November 7, 1965: The first chuch service was held in the basement of the new church, since the windows were broken in the country church from the hail and it was much too cold to gather there.

Demeber 12, 1965: A dedication service for the new church was held.

1973: The first church bazaar was held. A piano was purchased from the proceeds.

1975: The balcony was remodeled and carpeted to add extra seating.

1976: Ecumenical Good Friday services were held at Zion.  The congregation voted to sell the parsonage and allow the pastor a housing allowance and choose his own house.

Past Pastors from Zion: 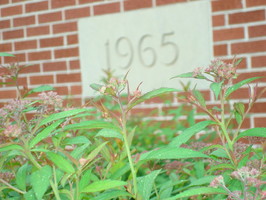